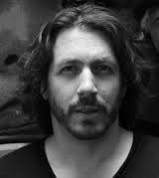 The Upside of Your Dark Side is Robert Biswas-Diener’s newest scholarly contribution to Positive Psychology.  The Upside of Your Dark Side is NOT a book about setting goals, yet it is destined to become a seminal  book about succeeding in life. Together with Todd Kashdan, Robert has added one of the biggest AND’s to the conversation of what it means to enhance well-being and create a fulfilling life.   The book sets out to disrupt the sometimes singular conversation in Positive Psychology (and the one I work with the most) which subscribes to using strengths to enhance well-being.  And disrupt it does!  I still cannot wrap my head around a lot of the research, yet I trust the researchers (is that because I am too optimistic?).  What I know is that the work feels expansive.  When I am reading any given sentence, such as:  “We see this with entrepreneurs who tend to be more enthusiastic, excitable, and overly invested in trying to be happy.  With this mindset, entrepreneurs often possess unrealistic positive expectations…” (p.111), I immediately feel uncomfortable.  Yet I know learning occurs when you feel  uncomfortable, when you do not understand or agree, and in my case, when I want to enter into an immediate debate before I read to the end.

If you ever wondered why a loved one, or client, or co-worker recoiled when you began to speak of the latest reasons to be ‘happy’, get this book!  In the end, I will always choose the research that I believe brings me to life the most, but I never want to do that without making a choice to understand as much of the research as possible.

With Robert’s permission, I am sharing a gift.  This section on Goal Flexibility was NOT included in the book. It resonated with me a lot because as I look back on any of my business failures, I can clearly see that they occurred in part because I would not let go of the goal and adjust accordingly.  Having matured (a nice way of saying ‘having gotten older’), the last point Conservation is all the good reason I need to accept Goal Flexibility.  Thank you, Robert for your great work!  Enjoy…

Another type of agility: Goal Flexibility by Robert-Biswas Diener ©

Summit fever is the passionate single-mindedness that takes mountaineers—especially those on extreme peaks such as Everest—to the perilous top. Without goals these athletes would never reach base camp let alone the upper flanks. A focused purpose is exactly what allowed them to exercise, save money, practice climbing technique in advance of the climb as well as persevere on the often boring and sometimes deadly slog to the top. On the other hand, climbers near the summit of Everest are sorely tempted to continue climbing even in the face of injury, waning light, incoming bad weather and other potential fatal complications. In 1996, for example, a number of climbers were stranded near the summit of Everest when guides allowed them to continue to try for the summit despite deteriorating weather. A huge number of climbers ended up stranded just below the summit of the world’s tallest mountain, at night, while being buffeted by hurricane force winds. Other expeditions immediately abandoned their own ascents to direct resources—guides, bottled oxygen, and hot water and medical supplies — to the upper flanks of the mountain. Despite the heroic efforts of these teams only a handful of climbers were rescued. Ultimately, 8 people died in that 2-day event making it one of the worst climbing disasters in history. So if goals are both good and bad; if they are what makes the Everest summit possible but also what leads people to their deaths on the Himalayan peak; what are you to do about them?

One possibility lies in the example of Art Kramer, a psychologist at the University of Illinois. Kramer is particularly interested in how people think, especially in extreme conditions. To study this unusual topic Kramer conducts cognitive tests—memory, problem-solving, pattern recognition—on climbers at high altitude. Because climbing mountains is dangerous, with a real possibility of injury or death, ethics prevent Kramer from recruiting participants for his studies. To skirt this issue Kramer works with Special Operations Forces of the United States Military. These elite soldiers occasionally climb Denali, North America’s highest peak, to train for fitness and extreme winter conditions. Because they are required to climb the mountain as part of their work Kramer is able to study them without fears that he has somehow enticed them into the journey by through research compensation. The way to the summit of this central-Alaskan peak is long. At 20 thousand feet above sea level, Denali takes about a month to climb, including a one week trek to base camp and a slow ascent that allows for acclimatization to the rarified air. Kramer, who has made the journey a number of times, likes to take it slow. “I enjoy watching the soldiers charge ahead,” he says. “They are in such good physical condition that they think they can run up the mountain. But they underestimate the effects of altitude. By the end of the first day—slow as I am—I pass some of them, on their hands and knees vomiting and with pounding headaches.” It is precisely the effects of altitude that Kramer is interested in. As the team reaches the upper ridges of the mountain Kramer pulls out his instruments and tests the soldiers. And here is where goals come in: while the clear goal of every other climber on the mountain is to scale it to the highest point Kramer is there for something else, to learn about the way people think. In fact, ethics prevent Kramer from actually climbing all the way to the summit. If he were to scale the mountain in its entirety it might look as if Kramer had used government and other grant monies to fund a personal adventure. Instead, he turns around just spitting distance from the top—only 100 meters away from the summit. If Kramer is not hell-bent on the summit—that is, if he does not share that highly motivating goal of standing on top—then how is it that he succeeds in getting so high on the mountain’s flanks? Although Kramer has a goal of his own—to successfully collect high altitude data—it is a more flexible goal. It can happen at any number of places at any number of times. He must commit to it, to be sure, but he is not shackled by a single narrow outcome. Incidentally, this frees Kramer up to enjoy the ride. “I love the climb,” he says. “If I had to name my favorite part of Denali I would have to say ‘snow caves.’ Building snow caves is tons of fun!” Kramer’s example is a healthy one: have goals, but make certain those goals have a degree of flexibility built into them. Commit to them, and enjoy the process of working toward them.

Chances are, you don’t have an Amphicar parked in your garage or bobbing in the river behind your house. An amphibious car that transforms from an automobile to a boat and back is literally, something right out of a James Bond film. Unlike the watch lasers and exploding pens that Bond favors there really was an amphibious vehicle designed for the consumer market in the 1960s. Four thousand Amphicars were produced in England in 1967 alone, and 90% of these were sold to Americans. From a business point of view the Amphicar was, in many ways, a terrific product. It was first to market, had virtually no competitors, was affordable, was a conversation piece and—well—could get you across a lake if you needed it to. New emissions standards enacted by the Environmental Protection Agency in 1968, however, proved too much for the British engineers at Amphicar and without an emission free product the American market dried up and the company had to close its doors. This little-known business example is just a single illustration of an instance in which a business had to make the tough choice to give up a goal. In this case the design, the market, the price all seemed to fall in line and portend a successful future until a hostile regulatory environment surprised the company and created difficult work conditions.

Disengaging from the goal—giving up commitment—is the most difficult of all. It is just the type of thing you come across when you are driving to a new and hard-to-find destination. After a long stretch of dark road your spouse says, tentatively, “Maybe we are lost.” This is doubt taking human form and being articulated in the clearest way possible. Chances are your response will be along the lines of “Let’s give it just another minute.” The natural tendency is to continue investing in your present course because you already have sunk costs. It is notoriously difficult to convince people to abandon their chosen path once they have committed. The problem with giving up—even in the face of an unattainable goal—is that it is difficult to do! Giving up, as a general notion, is anathema to our other cultural mantras. We have phrases such as “quitters never win,” “built to last,” and “give it your all.” We expect people to “finish what they start” and “keep their promises.” We have several books and scientific articles espousing the value of grit, which is defined as the tendency to maintain interest and effort in long-term goals. If you were to complete the Grit Scale by Dr. Angela Duckworth at the University of Pennsylvania, you would get penalized as psychologically weak if you felt the following statement applied to you, “I often set a goal but later choose to pursue a different one”. We ask you the reader a simple question – Is this a bad thing? Gertrude Stein was attending Johns Hopkins Medical School to be a physician but her concerns that existing medical knowledge was almost entirely based on men and might not be amenable to women caused friction with the nearly all male faculty. She quit and with her amazing canon of novels, poetry, and plays, the world is better off for it.

The idea of abandoning a goal is—in many people’s minds—tantamount to failure. It is in this unattractive alternative that so many of us get stuck re-doubling effort into goals that will go nowhere. It turns out, however, that the process of mentally and behaviorally disengaging from a goal is at the heart of having flexible goals. What’s more, goal theory experts argue that disengagement is beneficial.

Disengagement is good for you!

Although extracting yourself from a goal, especially one in which you already have sunk costs, is difficult, it can be surprisingly beneficial. Rather than being construed as a failure disengagement is often wise and confers the following benefits:

No part of the above section on Goal Flexibility may be shared without the written permission of Robert Biswas-Diener. 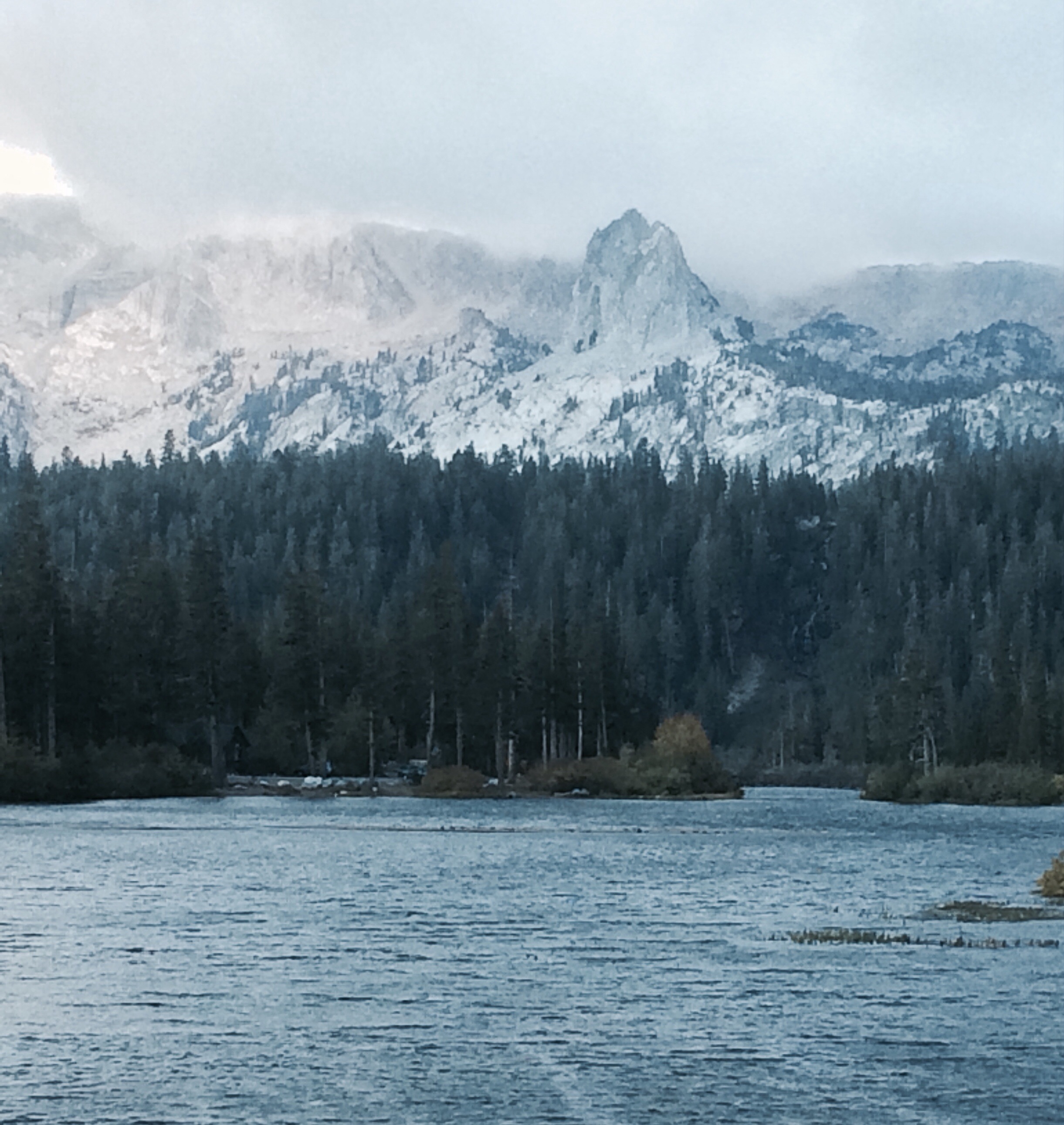 The Upside of Your Darkside